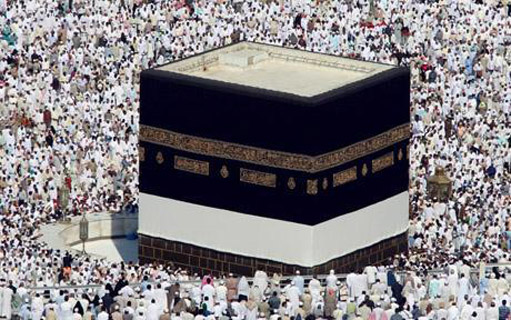 Praise be to Allaah.

When the Prophet (peace and blessings of Allaah be upon him) came to Madeenah, he found that they had two days on which they used to play. He said, “Allaah has given you two days better than these, the day of al-Fitr and the day of al-Adha.” Narrated by Abu Dawood, 1134; classed as saheeh by al-Albaani in al-Silsilah al-Saheehah, 2021.

Allaah has given this ummah two days for playing and leisure, two days for remembering Allaah and thanking Him, and asking Him for forgiveness.

In this world the believers have three festivals or Eids:

One Eid which is repeated each week, and two Eids which come once a year.

The Eid which is repeated every week is Friday (Jumu’ah).

The Eids which are not repeated, which come only once each year, are:

1 – Eid al-Fitr, the breaking of the Ramadaan fast. This comes upon the completion of the month of Ramadaan, which is the third pillar of Islam. When the Muslims have finished fasting the month that is enjoined upon them, Allaah has prescribed that they should follow the completion of their fast with a festival on which they gather to thank Allaah, remember Him and glorify Him for His guidance. On that Eid it is prescribed for them to pray and give charity.

2 – The second Eid is Eid al-Adha (the Feast of Sacrifice), which is the tenth day of the month of Dhu’l-Hijjah. This is the greater and better of the two feasts, which comes after the completion of the Hajj, for when the Muslims complete their Hajj they are forgiven.

Rather Hajj is completed on the Day of ‘Arafah [the 9th of Dhu’l-Hijjah] with the standing in ‘Arafah, which is the major pillar of Hajj, as the Prophet (peace and blessings of Allaah be upon him) said: “Hajj is ‘Arafah.” Narrated by al-Tirmidhi (889) and classed as saheeh by al-Albaani in Irwa’ al-Ghaleel (1064).

The day of ‘Arafah is the day of ransom from the Fire, when Allaah ransoms from Hellfire those who stood at ‘Arafah and Muslims who did not stand at ‘Arafah. Hence the day that follows it is a festival for all Muslims in all regions, those who attended Hajj and those who did not.

It is prescribed for all of them to draw closer to Allaah by means of the ritual of shedding the sacrificial blood.

The virtues of this day may be summed up as follows:

1- It is the best of days before Allaah.

2- It is the greatest day of Hajj.

It was narrated that Ibn ‘Umar (may Allaah be pleased with him) said: The Prophet (peace and blessings of Allaah be upon him) stood between the Jamaraat on the Day of Sacrifice during his Hajj and said, “This is the greatest day of Hajj.” Narrated by al-Bukhaari, 1742.

That is because the greatest actions of Hajj take place on this day, when the pilgrims do the following:

(iii) Shaving the head or cutting the hair

(iv) Tawaaf (circumambulation of the Ka’bah)

3- It is the Eid day of the Muslims

The Prophet (peace and blessings of Allaah be upon him) said: “The day of ‘Arafah, the day of Sacrifice, and the days of al-Tashreeq are our festival, us Muslims, and they are days of eating and drinking.” Narrated by al-Tirmidhi, 773; classed as saheeh by al-Albaani in Saheeh al-Tirmidhi.