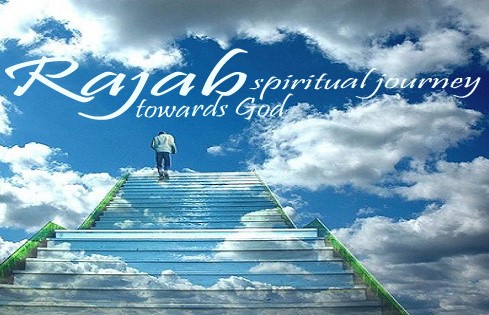 This Thursday 7th March 2019 after Maghrib will be the starting of Rajab, one of the Sacred Months in Islam.

Anas Ibn Malik [may Allaah be pleased with him said, that the Messenger of Allaah (Sallallaahu Alayhi Wa sallam) would seek its blessings, saying:

“O Allah bless us in Rajab and Sha`ban and enable us to reach Ramadan!”

Sayyiduna `Ali, may Allah be well pleased with him, used to spend four nights in worship: the first night of Rajab, the nights before the two `Eids, and the 15th night of Sha`ban.

It is advisable to turn to Allah in this blessed night with extra Salaah, Recitation of the Quran, Adhkar, Salawaat upon the Prophet and Istigfar.

Insha’Allah we will hold a Mahfil of Dhikr with some reminders at the Shahjalal Mosque and Islamic Centre on this Thursday (7th March 2019) after Isha Salaah (8:15 pm). All are requested to join us at this blessed gathering.

Rajab is the key to the opening of the months of goodness and blessings. May Allaah grant us all the ability to utilise the month of Rajab in preparation for a great Ramadaan.